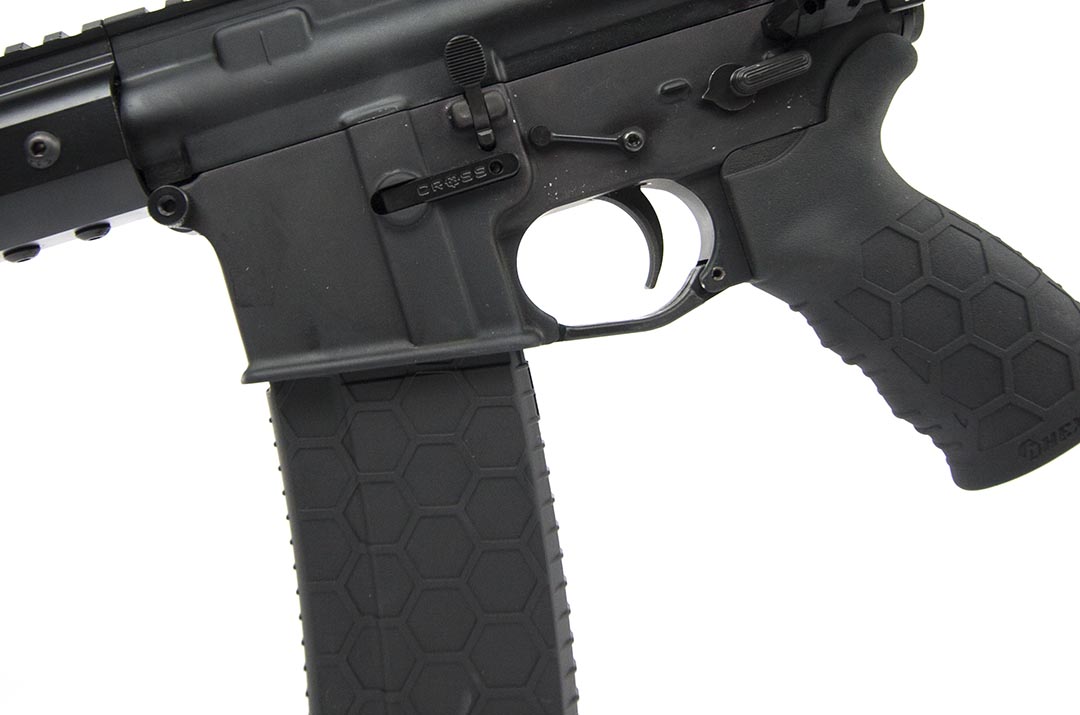 By Savannah CrossAugust 3, 2017No Comments

The solution to ease the burden for all AR-style owners in New York, New Jersey and Connecticut is now on the market.

The AR FIXED MAG, engineered by Cross Armory, is a permanent magazine locking system for AR-10, AR-15 and M4 rifles. The AR FIXED MAG prevents the removal of the magazine (without damaging the permanent locking features) and eliminates any form of button.

AR FIXED MAG is a modification to Cross Armory’s popular California SAFE MAG, which was designed as a solution to California’s newly released “bullet button ban.” NY, JY and CT gun laws differ from CA laws in that, on the East Coast, the magazine must be permanently installed in the AR (the AR FIXED MAG and thus, the magazine, cannot be removed from the weapon without using power tools). The only legal way to reload in these East Coast states is to either “disassemble the action,” by removing the rear take down pin, and top load. California gun laws, however, say that an AR can still use a traditional style magazine if the magazine is fixed into the rifle until the user has “disassembled the action,” allowing for a magazine lock with an automatic release.

California users have found the easiest way to”disassembled the action” before reload is to use the Cross Armory QUICK PINS, which is a rear take down pin replacement system. The AR FIXED MAG requires a different type of reload that California, but the QUICK PINS provides the same perfect solution to separate the two receivers and access the top-loading magazine.